“Village is a place where you can find peace, unity, strength, inspiration and most importantly a natural and beautiful life” Minahil urfan

With under 5000 residents, 18 drinking establishments and 3 marinas, Hamble is where sailing, drinking and village life converge to create a delightfully British melting pot of recreation and gossip.

A tiny village on the south coast of the UK, Hamble is a world renowned sailing hub.  Retaining all the charm of its heritage dating back hundreds of years, the cobbled streets and quaint riverfront draws day trippers during the summer months and garners a special fondness from those who live there. 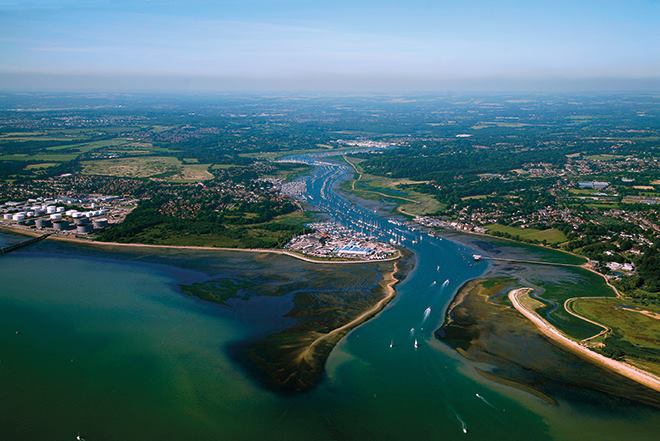 Having been welcomed into the community since I moved here in 2016, I often wonder why they don’t make a TV show about this place, except they already have.  Howard’s Way was filmed in and around here in the 1980s – Britain’s answer to Dallas, it was full of scandal, treachery and of course sailing.

The village centre is tiny, you can walk it in 5 minutes and this will give you a feel for the laid back, friendly atmosphere the village offers.  The biggest crime incident in the last few months played out on social media when some children ‘stole’ daffodils from a public green.  It’s like Midsommer Murders without the murders. 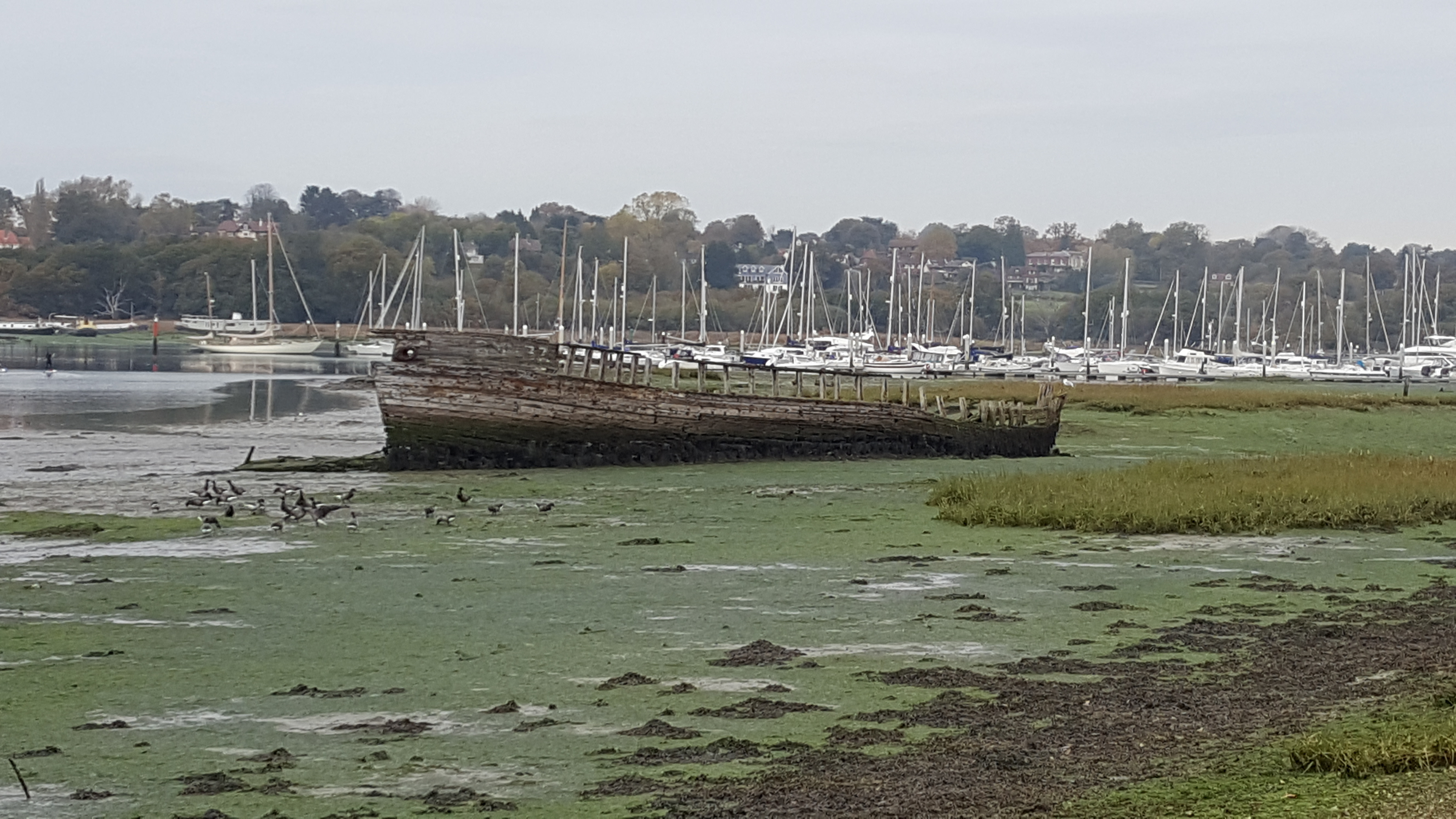 With its proximity to the Solent it’s no wonder the River Hamble has a long and significant history of ship building.  The earliest ship remnants found here date back to the 7th or 8th century, while King Henry V and Napoleon both built significant ships here.  The muddy banks of the river still hold the remains of King Henry V’s Grace Dieu from the 1400s.

Aside from the water there’s a strong aviation history here too.  Aviation engineering and manufacturing started here in the early 1900s and continues today.

During and after World War 2 Hamble was a training base for pilots, following the war the airfield was used for commercial pilot training until its closure in the 1980s.  Sailing attracts engineers and aviators, so the marriage of the three here in Hamble fits perfectly. 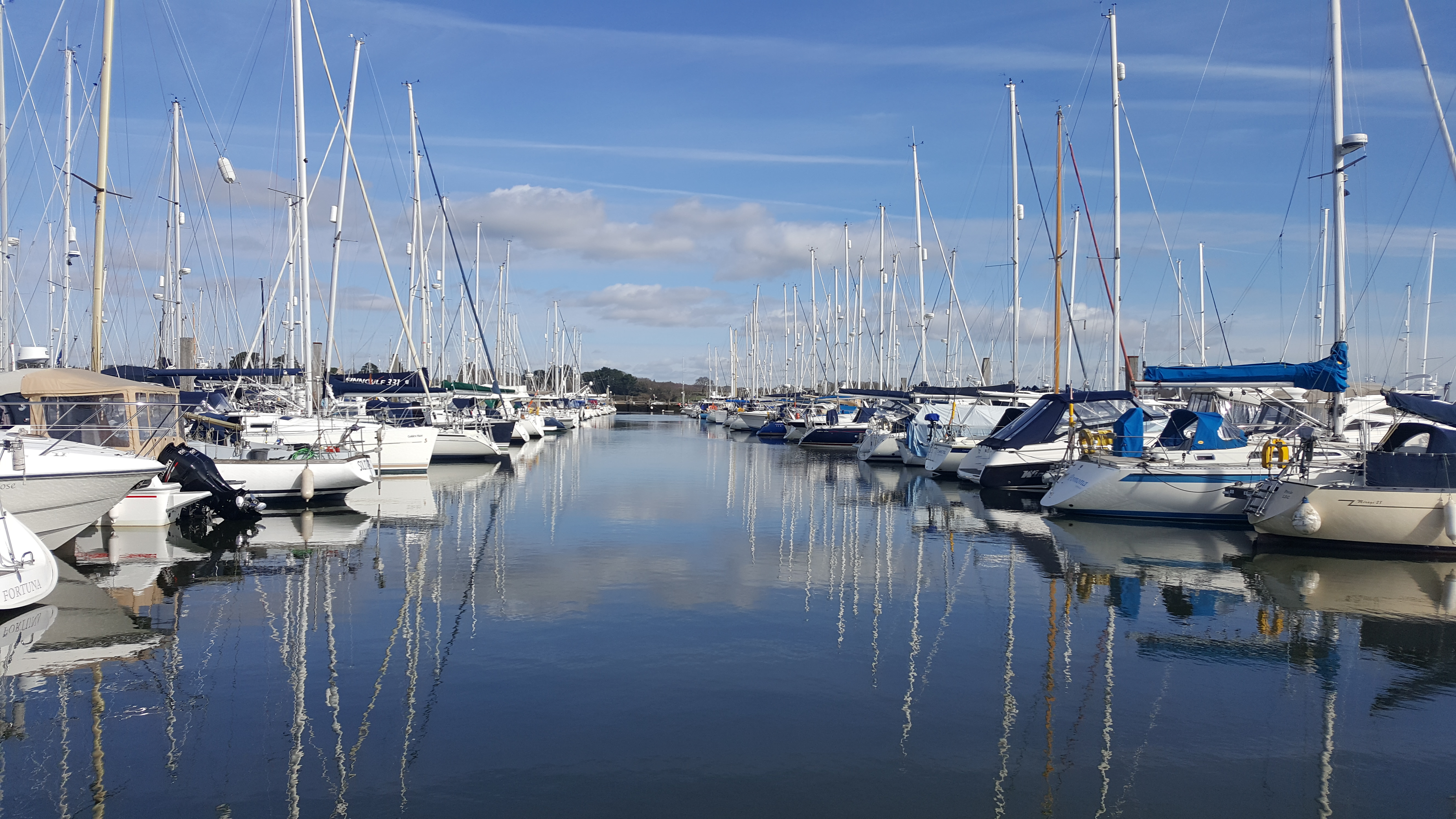 Hamble is a peninsular bordered by Southampton water and the River Hamble.  Located almost on the Solent,  just north of Cowes on the Isle of Wight it’s no wonder the village’s three marinas house thousands of boats.  While most of the berths are private, there are several charter operations and training schools based here, with a well earned reputation for quality sailing.  People travel from across the country for recreational trips, and across the world for professional training.  It’s partly due to the large transient sailing community that Hamble has a thriving pub culture.

To walk the River Hamble there’s a tiny ferry across the river from Hamble to Warsash, where a footpath leads you north along the river bank from Warsash to Swanwick, on to Bursledon and then back into Hamble. This walk is a legendary pub crawl, or as I prefer to call it, a historic walking tour with refreshment stops; The Rising Sun in Warsash, Bistro 8 in Universal marina, Boat House in Swanwick marina, The Jolly Sailor and Fox and Hounds in Bursledon.  This route makes up a significant part of the ‘Strawberry Coast’ trail, referring to the area’s reputation for strawberry harvesting dating back 150 years. 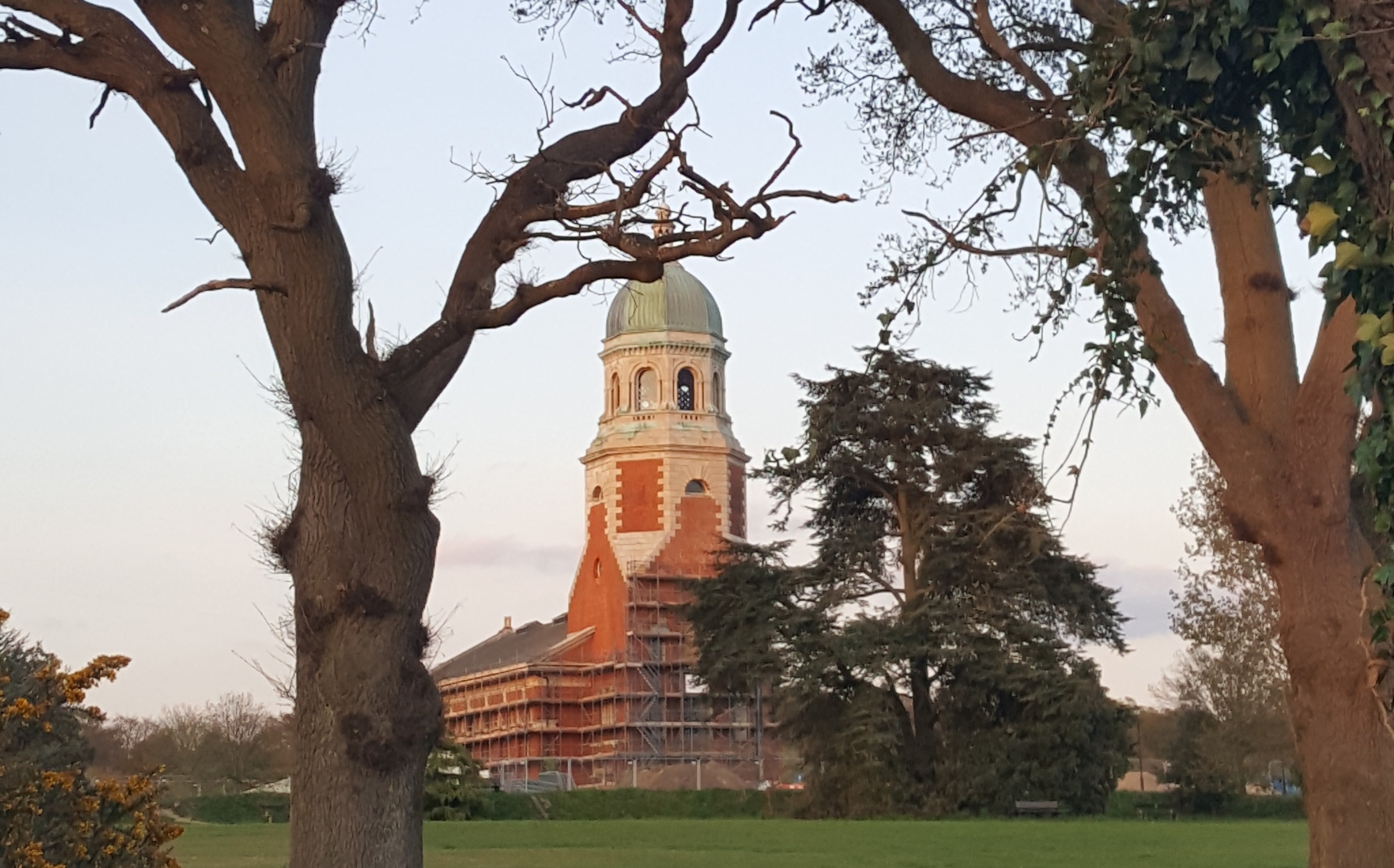 Netley Military Hospital is the centrepiece – with a significant World War 2 history for treating and rehabilitating those wounded in the war it’s now a museum.   On the edge of the park is the Netley Military Cemetery, a beautiful area with a monument, gorgeous mature trees and beautiful views. 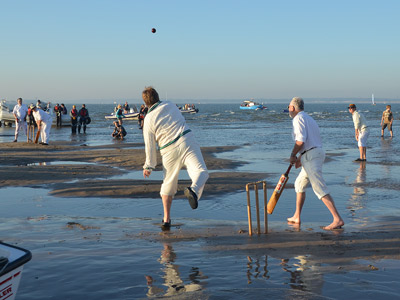 Cricket in the Solent

Once a year, for just an hour, the lowest tide exposes the sandbank known as Bramble Bank in the middle of the Solent.  Traditionally, rival yacht clubs from Hamble and the Isle of Wight meet on the sandbank during this hour for a cricket match in what has been described as “quintessentially English madness”!

It’s a tradition dating back to the 1950s and well worth a watch if you can hitch a lift on one of the many spectator boats.  The date is dictated by tides, 2016s match was mid September.

Hamble is a 15 minute drive from Southampton airport, and 3 miles from the M27 if you’re driving.

There are no big hotels in Hamble, but plenty of B&Bs and Airbnb accommodation.  Alternatively boats are available to rent for accommodation.

Hamble offers a few shops; Blue Bijou has some gorgeous nautical themed gifts, Jeeves sells clothing.  There are chandleries based in all marinas.  For serious shoppers, Gunwharf Quays outlet village is 30 minutes drive away in Portsmouth,and West Quay in Southampton has a huge selection of shops, entertainment and dining.

Visit any of the local pubs and restaurants and you’ll feel the warmth of the staff and locals.  In the summer, the sun on the water lights up the village, while in winter most pubs have real fires roaring.

The King and Queen is known as the sailor’s pub, popular with locals and transient sailors alike.  There’s a lovely outside seating perfect for summer and a lively atmosphere.

The Bugle has outside seating overlooking the water, which makes this my favourite village pub.  The staff are friendly and the menu is good.

Banana Wharf is a fantastic spot for sunny days, it’s a bit of a sun trap and right on the marina so the views are lovely.

Bonne Bouche serves lovely food for breakfast and lunch, with a few outside seats ideal for watching people wander up and down the cobbled main street.

River Rat is a more formal restaurant, they have tiki seating pods in the garden which are just divine on a summer evening.

The Beach Hut down by the water serves breakfast and lunch with plenty of outside seating, a great spot for summer.  The food is fresh and delicious.