"Travel doesn't become adventure until you leave yourself behind." Marty Rubin

Little did I know, when I signed up for a weekend in the country, that I was walking into some kind of Deliverance experience. 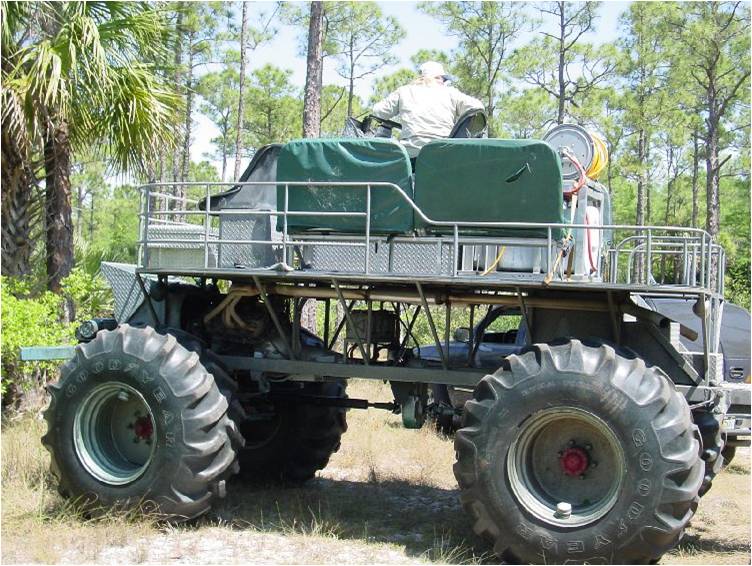 This was Florida, and my host Brad was a friend of a friend with a cabin in the woods. The area was criss crossed by waterways so we couldn’t drive our hire car there, we had to meet Brad a few miles away.  He arrived in an enormous home-made vehicle dominated by 6 foot tall industrial wheels, on top of which was a wooden platform with car seats bolted to it. A steering wheel and gear stick finished it off – there was no roof.

Heading towards the cabin our vehicle ambled over deeply rutted tracks and through waterways, passing an occasional cabin. Most were little more than sheds cobbled together with wood and corrugated iron. There were no fences, roads or utility poles, this was proper off-grid living.

After half an hour we arrived at Brad’s cabin which was quite sophisticated compared to the others we’d passed.  He’d built it by hand and done a fantastic job.  It had a huge double height lounge/dining area with a big stone fireplace that was the main source of heating. Three bedrooms, a fully functional kitchen and bathroom and hot running water were serviced by a rainwater tank and generator.  Given what we’d passed on the way here I was pleasantly surprised and relieved we’d be warm during the unseasonably cold evenings. 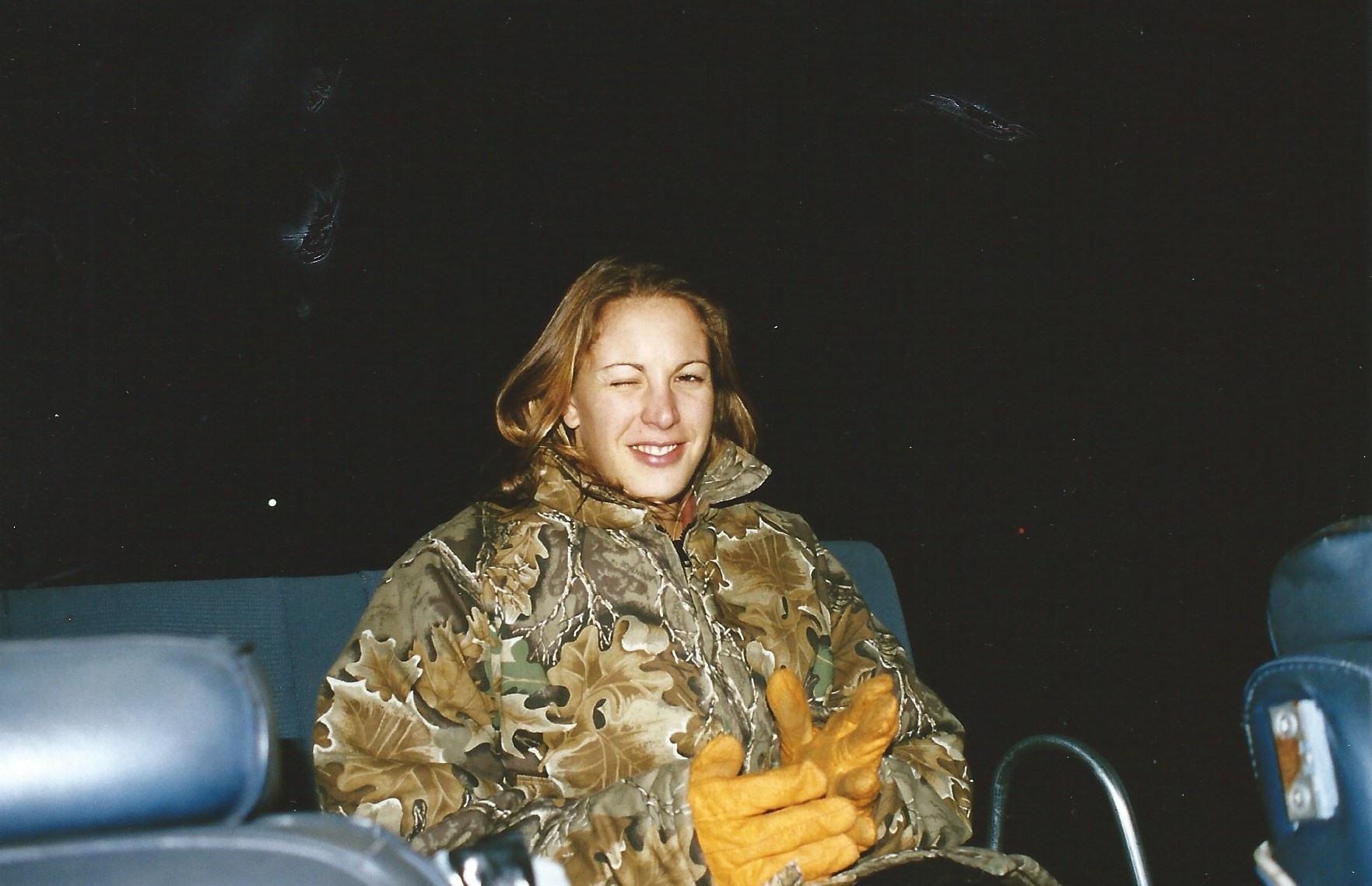 We were introduced to five men who were there for the weekend and it was immediately clear I wasn’t welcome.  The men stared at me as though I was Medusa and then clustered together in a couple of groups, chatting in hushed tones.

Had I known I wouldn’t have come. But I had no way of getting out now unless I wandered off into the wilderness, with my unsuitable clothing, past the guy gutting the boar outside his cabin and then on into the dark, arms flailing like something out of a cliche horror movie.

So I put a smile on my face, got stuck in to the beer and dared to wonder what else I was in for. 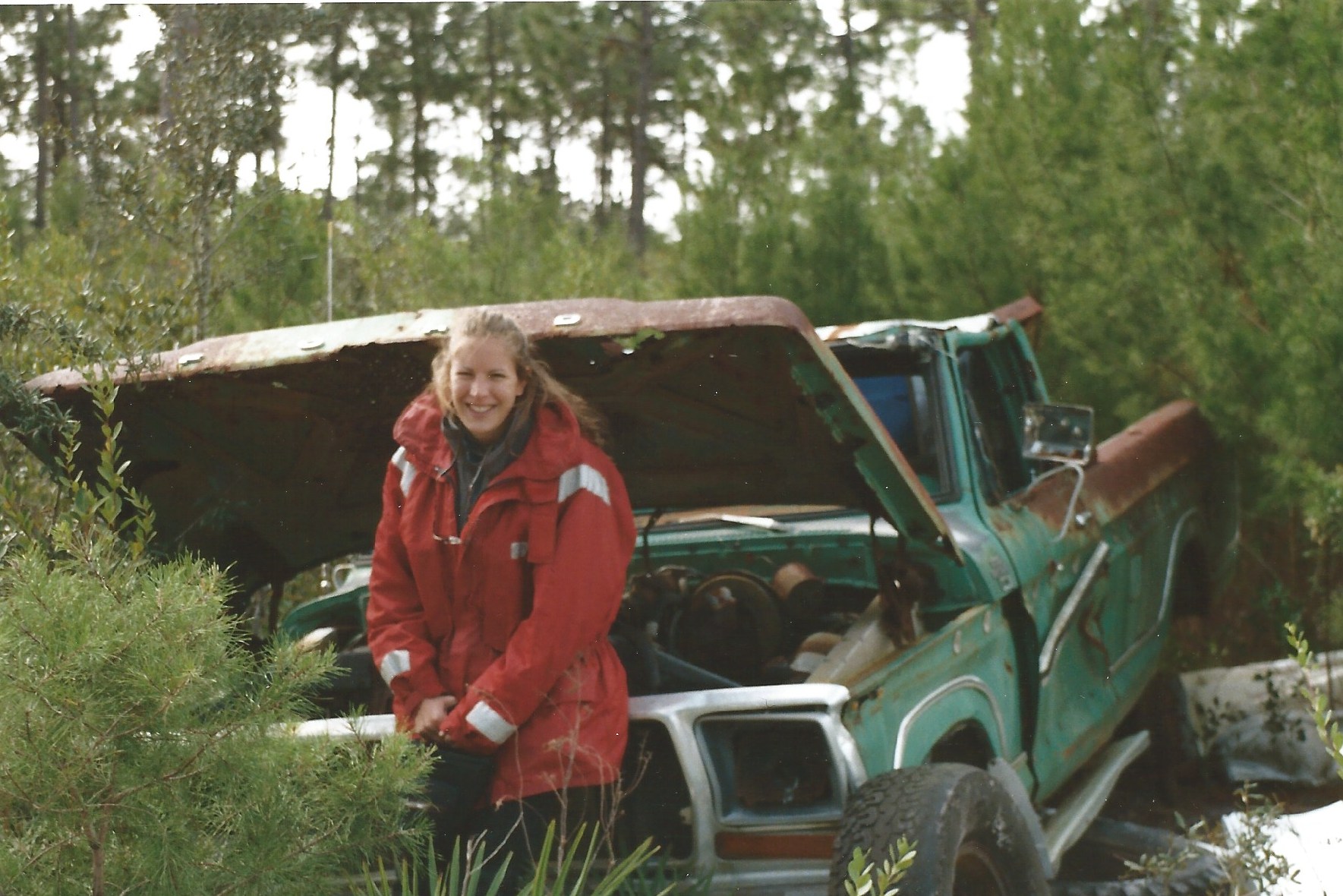 The fire thawed the temperature in the cabin while the beer thawed the frosty atmosphere. Eventually one of the guys loaned me a big camouflage jacket which became my best friend, it was stiff with dirt and sweat but warm, and I at least partly blended into the crowd now, decked out head to toe in camouflage as they were.

Dinner was venison stew. My being vegetarian clearly wasn’t going to be a crowd pleaser, but I had to own up or starve.  I have never been so grateful for a meal as I was for the spaghetti shapes and crackers I ate that night.

After dinner chit chat around the fire was illuminating. Brad’s son Eric was in his early twenties, he’d been bitten by a crocodile while diving for golf balls in a golf course lake.

Apparently he could collect $200 of balls a night.  One night an alligator appeared out of the water and grabbed his arm.  His friend grabbed Eric’s legs and so ensued a tug of war, shredding Eric’s arm in the process.  Eventually the alligator gave up and Eric was rushed to hospital.  He amazingly had the majority of use in his arm back. I didn’t really have any stories on that vein so I simply congratulated him for being able to hold his beer.

The next morning I threw on trousers and a shirt before heading to the shower – this was not the environment for skimpy clothing, even briefly.  I kitted up in my camouflage jacket ready for a day out, and then someone mentioned hunting.  Hunting – what?!  I’m a bloody vegetarian on ethical grounds. Christ, what had I signed up for.  My first infraction was that I was there at all, the second was that I was vegetarian, if I said I couldn’t stomach hunting we’d be in for another awkward evening so I smiled sweetly and climbed up onto Brad’s tractor/ATV creation and sat sandwiched between two burly guys with shotguns as we headed out looking for dinner.

Every now and then a sapling crossed our path and was soon flattened by our vehicle.  I didn’t see why they couldn’t drive around it but I was hardly going to say anything.  Next, a spider crawled across my lap, one of those with a huge bulbous back, it took everything I had not to scream but quietly remove it without making a fuss.

Back at the cabin the boys clearly wanted to put their shotguns to use so they set up the clay pigeon shooter for target practice.  they offered me a go and I hit the target first time. I’d been to a shooting range years before and happen to be a good shot, a useful skill to have, some might say.

It wasn’t the most comfortable couple of days I’d spent in my life, but what an experience!  I’d been somewhere many would never see and shared company and a weekend lifestyle many would never know existed, I was grateful for it.

While my friends are fascinated at how I found myself in a redneck hunting lodge in Florida, I wonder if those guys still talk about the time some vegetarian chick came to stay wearing white trainers and a cardigan.